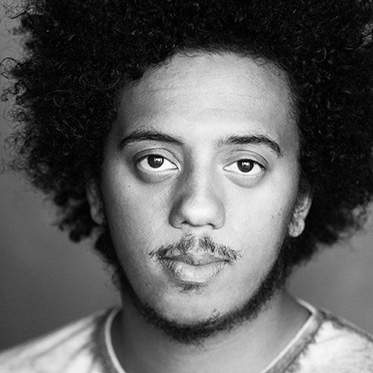 Last Year Nathan’s one-man show ‘MIXED BRAIN’ a show about his mixed heritage premiered at the Roundabout at the Edinburgh Fringe Festival. Nathan’s latest play Dexter and Winter detective Agency is touring in the Paines Plough Roundabout for 6 monthts.

Nathan has secured a 3 picture book deal with Penguin Random house. His first book ‘LOOK UP!’Will hit shelves in the US and UK in June 2019. Illuminated has just opitioned the book to develop into a TV series.

In addition, Nathan has recently co-written a Sky Arts short ‘NEW BLOOD’ starring Samson Kayo and Jane Horrocks, The short has just been nominated for a digital Broadcast award. The short can be found to watch on NOW TV and Sky On Demand. ‘New Blood’ is currently being developed by Sky One.

We’re really excited to have Nathan on board. He has his fingers in lots of pies and is a very talented man; an actor and a writer with a ...